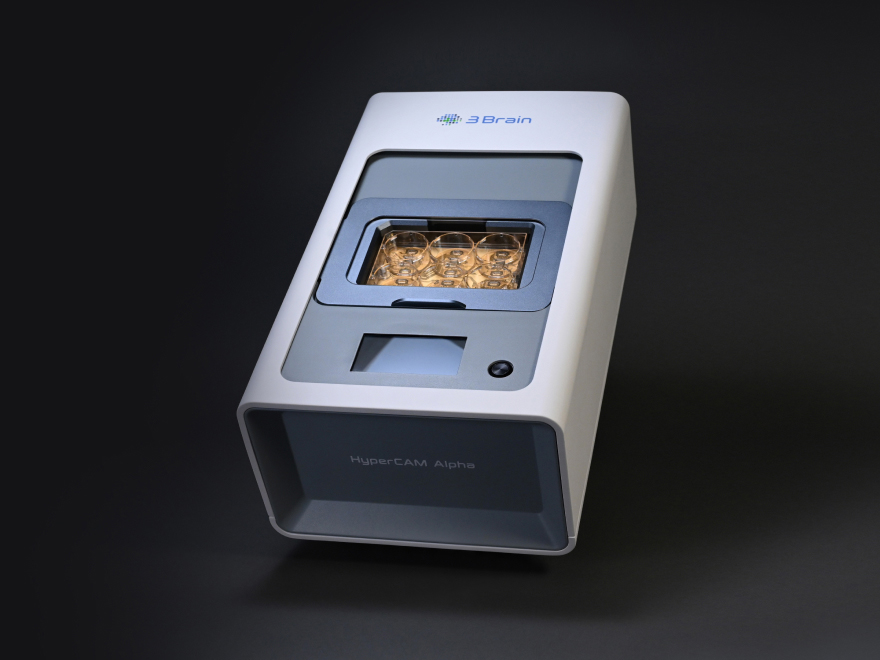 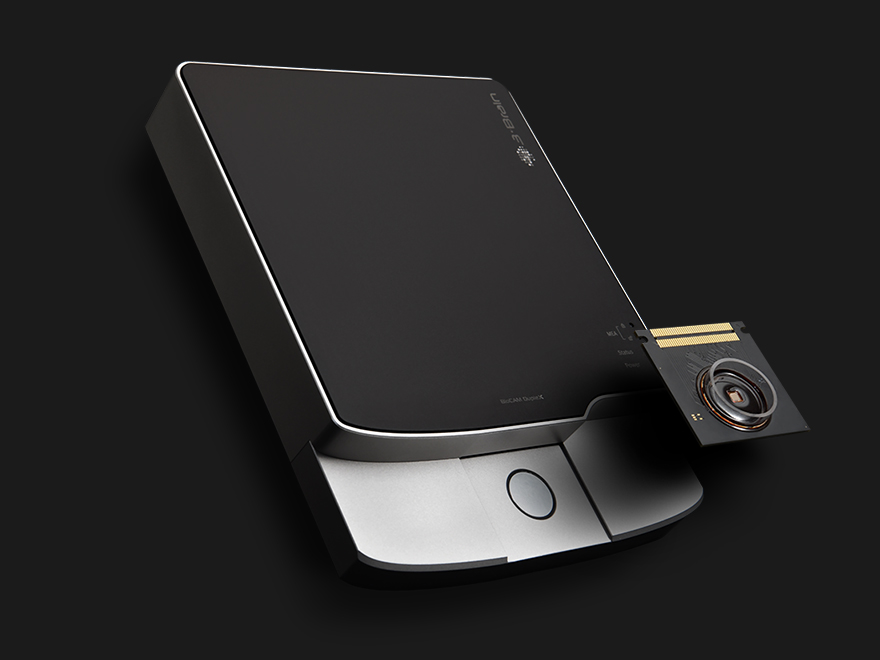 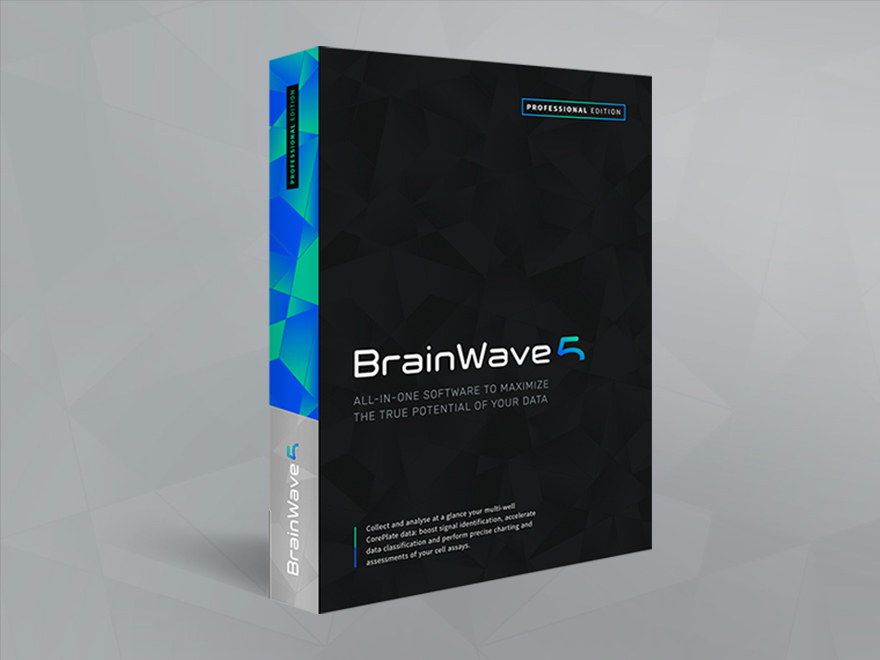 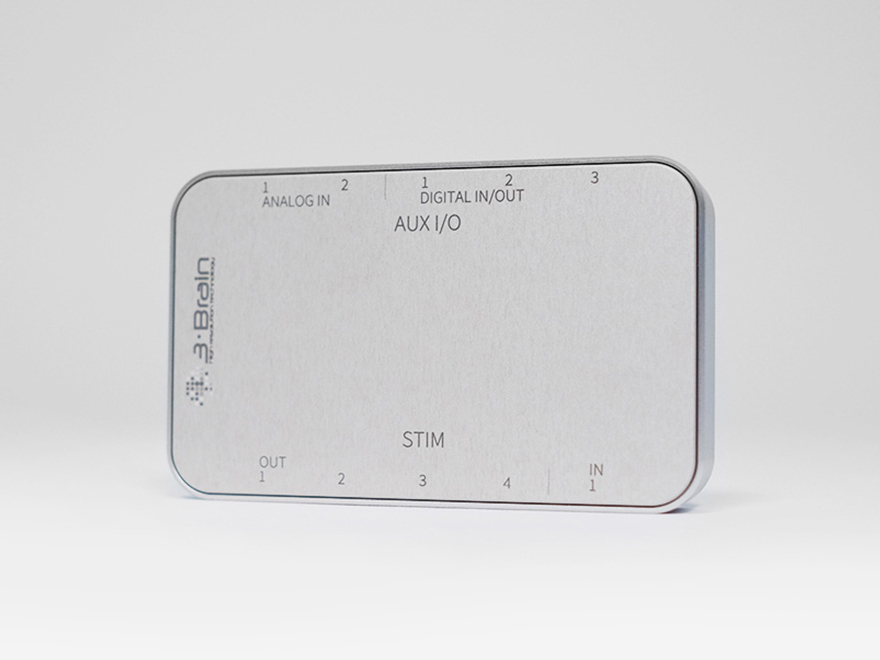 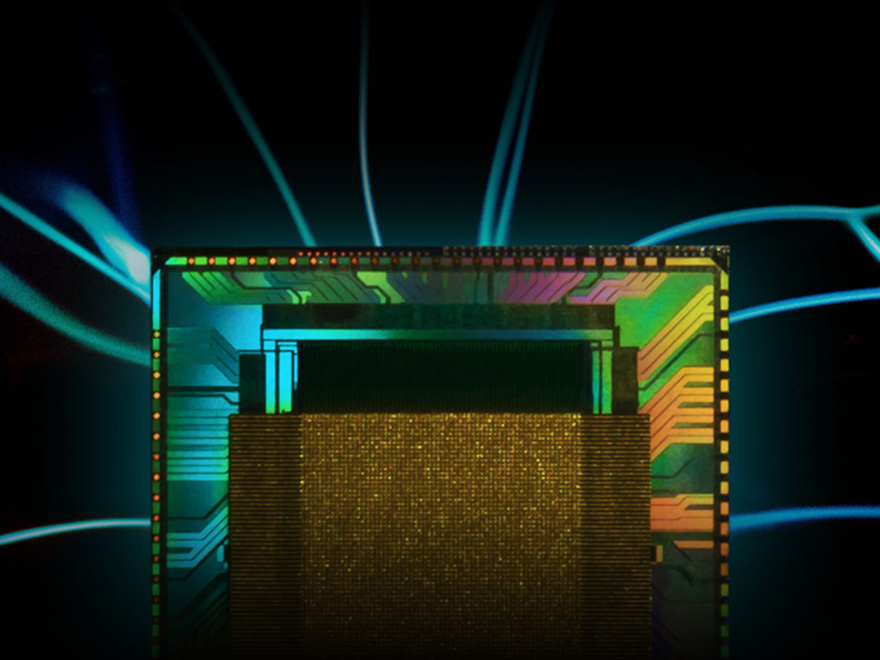 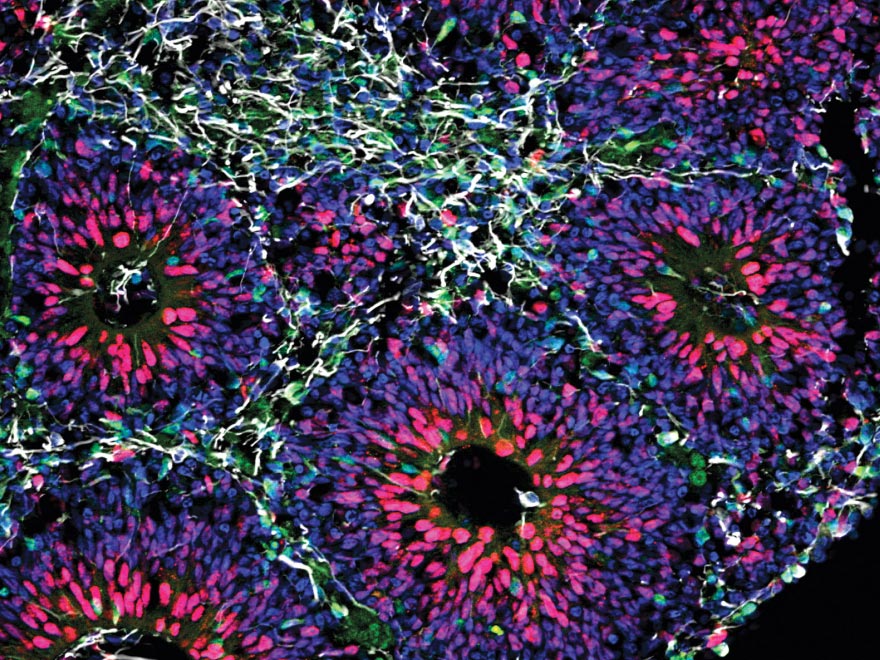 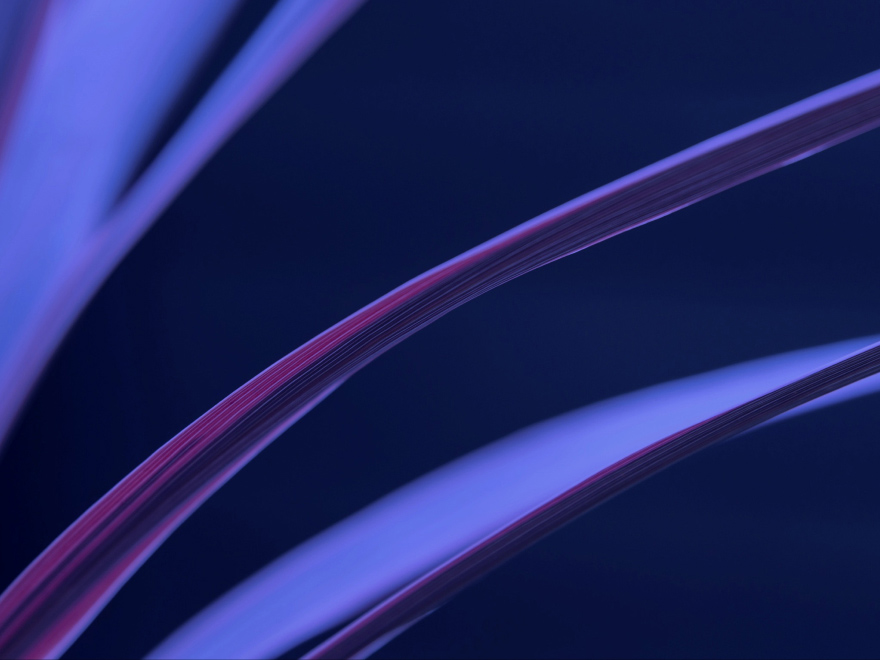 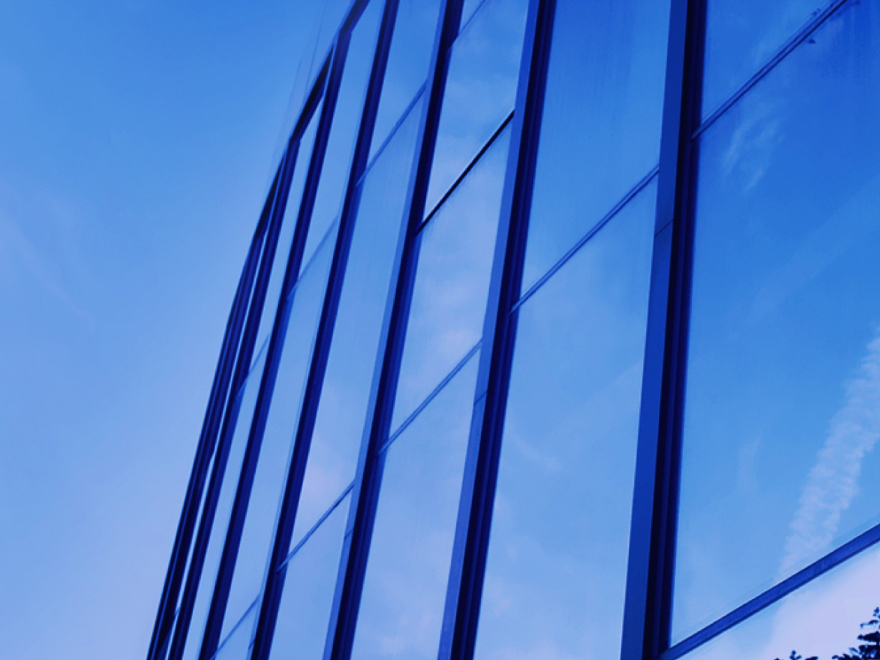 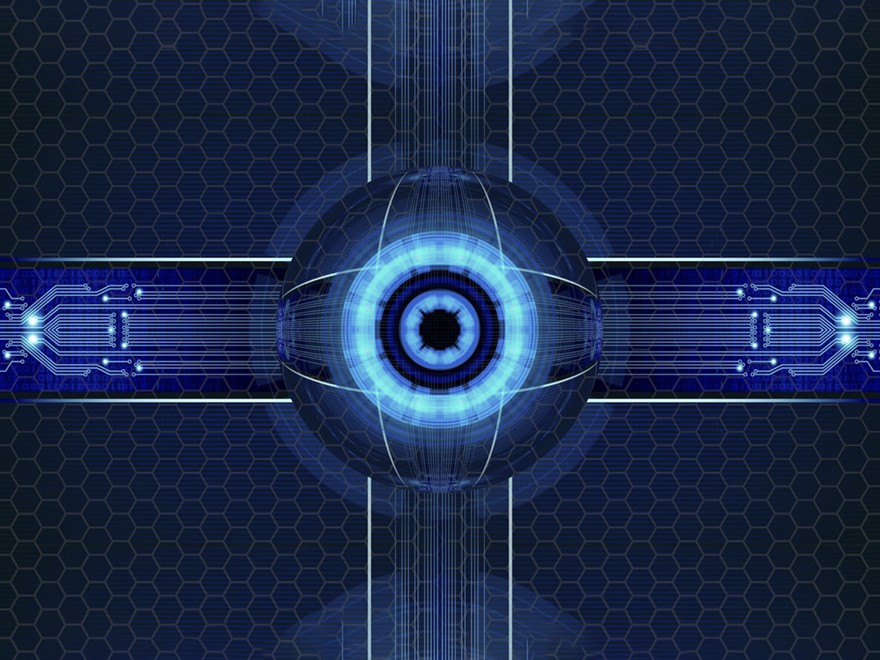 How does the environment shape neuronal information processing in the retina? It might depend on the time of the day... 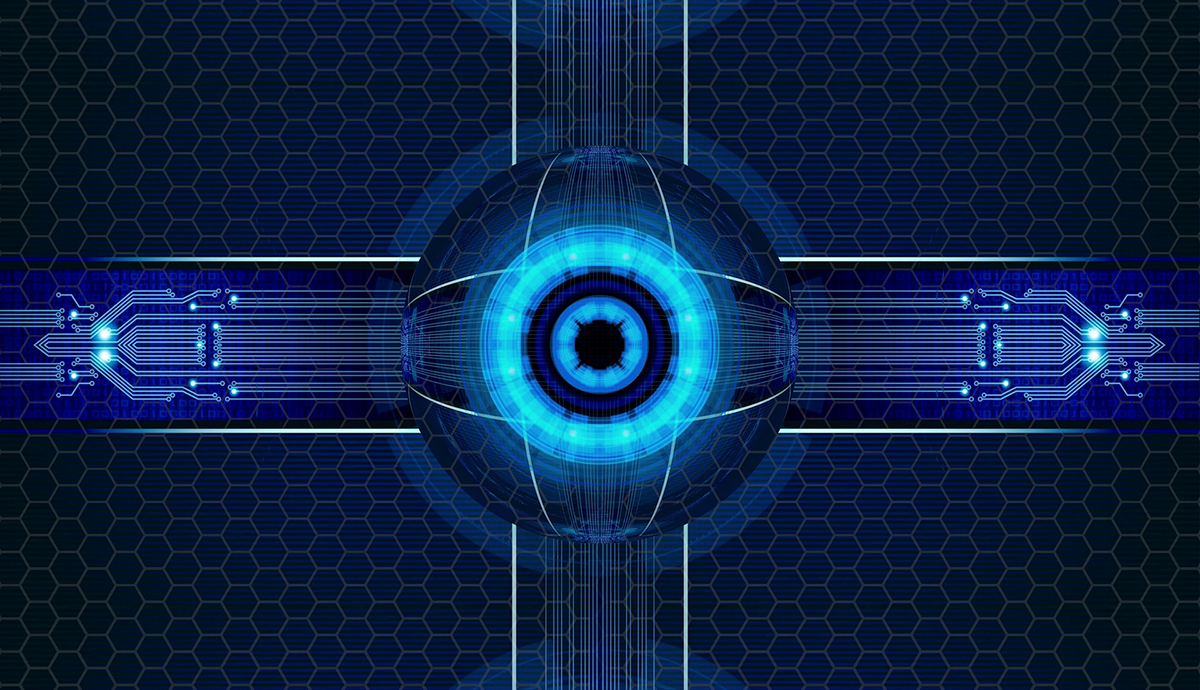 Seeing is among the most visceral and important experiences we humans make. At the molecular level, seeing is complex, not always reliable, and subject to a circadian rhythm regulating important metabolite oscillations such as melatonin and dopamine (Doyle S. et al., Vis Neuroscience, 2002).

Evidence has been accumulating that makes neuroscientists re-evaluate how the retina is processing visual information at different times of the day.

One of the most fascinating things about life is its incredible adaptability to environment and circumstance.

Among the most noticeable is life’s adaptation to the planetary movement of the earth, a rotation around its own axis which causes repetitive light-and-dark cycles on a 24h day. These diurnal or circadian rhythms are being felt and processed not only by mammals, but also by plants, fungi and even bacteria (Clodong S. et al., Mol Syst Biol., 2007).

That evolution would bring forth this circadian adaptation makes intuitive sense. Consider the fitness benefit of plant processes like leaf movement, growth, germination, oxygen exchange and photosynthetic ability, which need to be synchronized with the light cycles of its surrounding environment.

We humans are no exception, no matter if one is an early bird or a night owl, our bodies also work differently depending on the time of the day. Some examples of our circadian rhythm processes are:

This is of course old news. By investigating these well-known “circadian” patterns, researchers discovered a “master clock”, a biological structure in the brain called the suprachiasmatic nucleus (SCN) (Moore Y. et al., Brain Res, 1972). This tiny part of the hypothalamus is situated above the optic chiasm, the place where the optic nerves from both eyes cross. One part of the SCN is directly in connection with photosensitive retinal ganglion cells (RGC) and calibrated by direct photic input to induce gene expression changes, allowing the SCN to synchronize with day-night rhythms.

If you ever wondered how your body can handle trillions of cells working in concert to generate the beautiful you, synchronization is a big part of the answer.

Additionally, the SCN “master clock” exerts control over rhythmic processes all throughout the body, namely “peripheral clocks” or oscillators. Almost every tissue has rhythmic processes, including the adrenal gland, the lungs, pancreas, liver and the retina itself.

But how is biological rhythmicity even regulated?

Regulation of gene expression, the process of when to produce which kind of proteins, can be understood in the abstract as a huge optimization problem for any organism. It’s a tough supply and demand system, optimized by evolution to reduce waste and increase efficiency, depending on cell type. Timing is essential.

To go into detail would explode the length of this article, so we will just highlight some key points:

The mammalian circadian clock mechanism is cell autonomous and composed of a transcription-translation negative feedback loop. These clocks are distributed throughout the body and regulate tissue-specific rhythmic functions.

Circadian activators and repressors recruit a wide array of chromatin modifiers leading to dynamic changes in the poise of the genome with time of day.

RNAPII is recruited and initiated genome-wide in a circadian manner in the mouse liver leading to genome-wide circadian changes in histone modifications.

Rhythmic expression of clock genes drives the transcription of thousands of clock-controlled genes (CCGs) that are not directly involved in modulating the circadian rhythm itself but generate rhythms in physiological processes in the brain and peripheral tissues, including the retina. — Riccitelli S. et al., Scientific reports, 2022

Given this dramatic physiological impact on the “hardware” of our retina, does that mean that our visual signal processing “software” is impacted by the time of the day too?

In a landmark paper, researchers from Harvard used a BMAL1 knockout mice to investigate this question. They discovered that their mice had altered electroretinogram b-wave recordings (a diagnostic marker) under light-adapted conditions.

Since then, multiple publications have found that perturbation of the circadian processes in retinal cells, both neurons and glia, can impact not only visual processing, but also behavior such as locomotor activity or cognitive function in mice (Tso CF. et al., Current Biology, 2017 & Barca-Mayo O. et al., Nature communication, 2017 & Brancaccio M. et al., Science, 2019).

Yet teasing apart which of the many different cell types within the retina contributes not only to circadian regulation, but actually shapes neuronal output of retinal ganglion cells, has been difficult because of RGC diversity.

There is a remarkable diversity of RGCs and the various subtypes have unique morphological features, distinct functions, and characteristic pathways linking the inner retina to the relevant brain areas. A number of psychophysical and electrophysiological tests have been refined to investigate this large and varied population of RGCs — Kim US. et al., Frontiers in Neurology, 2021

Using this experiment setup, the authors could show that glial Bmal1 influences the light response amplitude and firing rate of RGCs across different times of the day and has effects on luminance (contrast switching) dependent RGCs polarity preference (shown below).

These results are somewhat surprising, given that the conditional knockout of BMAL1 in a small subset of glial cells retains the ON, ON–OFF, and OFF subtypes and does not lead to noticeable morphological alterations or inflammatory processes that could explain an altered retinal function, which the authors attribute to Müller glia cells.

[…] our results indicate, for the first time, the involvement of glial cells (astrocytes and Müller cells) in the regulation of retinal function throughout the day. — Riccitelli S. et al., Scientific reports, 2022

While encouraging, the study also shows that to delineate all the contributing factors of this complex, time-dependent environment influencing neuronal processing in the retina (and with it certain behaviors and associated diseases) will likely take a long time.

Circadian rhythms are among the strongest known biological adaptations that living on a rotating planet brought with it.

The fact that many biological clocks tick inside our cells and shape the function of our body in harmony with the day-and-night cycle might be soothing to some or distressing to others, especially people who have to work at odd times of the day and feel the associated health impact.

However, the idea that not only our body, but also our senses and even our cognitive processes are impacted by our particular situation in the solar system has something eerie. Or maybe that is just me.

In any case, further studies are needed to delineate the impact of different cell types and circadian physiological processes on our retinal circuitry.

All what can be said at this point:

It seems clear that there is more influence on the retina’s neuronal output than meets the eye. 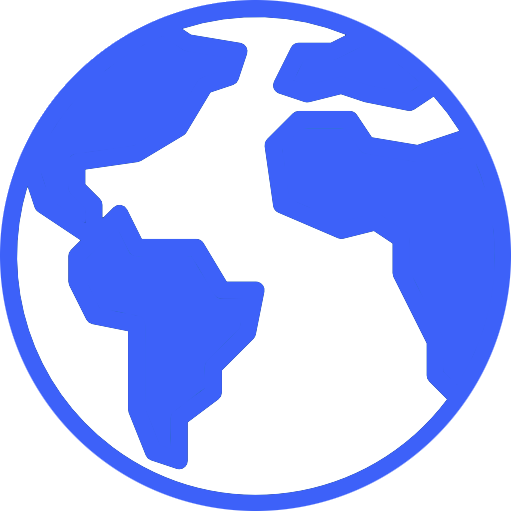